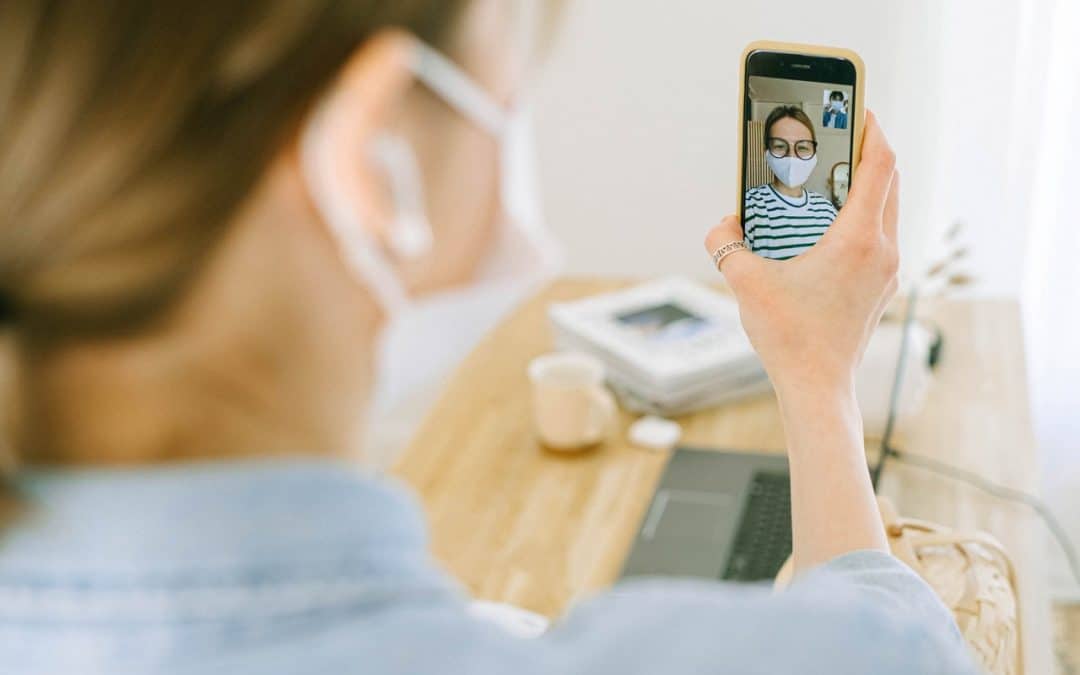 The amount of people producing wills this year has gone through the roof, because of the fear surrounding the COVID-19 pandemic. This surge in wills has presented problems for both solicitors and testators alike due to the way wills need to be witnessed. Over a century and a half has passed since the Wills Act 1837 was introduced, specifying wills had to be witnessed in person. There was no Zoom, or Skype, or any other means of video conferencing that exists today. But, despite the technological advances introduced since 1837, the way we witness wills has remained unchanged – until now.

Once again, more areas of the UK are going into lockdown every week and members of the more vulnerable communities need to protect themselves. Luckily, for those people who need to produce a will, the government has responded with an update to the Wills Act 1837 so they can make a valid will from the comfort of their own home.

For any questions please visit our wills page or contact our solicitors in Brighton directly on 01273 726951.

Before diving into how it’s possible to make a will while social distancing or in lockdown, it’s important to know why the Wills Act 1837 was passed.

Prior to the act, disputes on whether a will was valid were commonplace as there was no standard for how they should be signed. For example, in 1781, a will was held to be validly attested where the testatrix could see the witnesses though the windows of her carriage and the attorney’s office.

The testatrix signed the will in her carriage in the physical presence of her witnesses. The witnesses then retired to the attorney’s office to attest the will, which happened to be in the line of sight from the carriage so the testatrix could have seen them doing so. Following the attestation, one of the witnesses returned the will to the testatrix and she placed this in her pocket and left in her carriage. The will was found to have been validly executed.

While this situation may have been exceptional, it left several opportunities for the testatrix’s will to be tampered with. To reduce the risk of similar wills being altered, the Wills Act 1837 was introduced. The act governed how people could pass their assets down to the next generation safely. Amongst the several sections of the act, section 9 governs how a will must be signed and witnessed for it to be valid.

Section 9 of the Wills Act 1837 originally required a will to be signed by the testator in the physical presence of 2 witnesses. The 2 witnesses would then need to sign the will in the presence of the testator, and by doing so, the will would become binding. Failure to follow this procedure meant that the will could later be challenged by any beneficiary who had evidence that this process had not been followed.

In countless ways, 2020 has upset the apple cart. The Wills Act 1837 remained largely unchanged for the past two hundred odd years for one reason: that it worked. Even the last pandemic to impact Europe, the Spanish Flu, did not give lawmakers cause to change the act.

However, in today’s increasingly crowded world, COVID-19 presented new problems, especially when it came to lockdown. For private client lawyers, lockdown brought new practical challenges to the process of assisting clients to make wills and execution of these validly in accordance with the Wills Act 1837.

Indeed many people who wanted to make a will were put off by the fact they would need an element of human contact, and therefore risk.

The legislation at the time was also clear. There would be no changes to the way that wills must be witnessed.

How did solicitors cope before the amendment?

Back in April 2020, solicitors acting in connection with the execution of wills were considered ‘key workers’ and able to continue working during the lockdown. However, fulfilling the requirement that wills still had to be executed and witnessed within the guidelines of the Wills Act 1837, threw up a uniquely challenging situation.

Advice from the Law Society at the time told solicitors they must keep detailed attendance notes of the reasons given by a new client to change their will. The importance of visually seeing a client whilst taking instructions was reinforced. However, the need to physically witness a will’s signature remained.

Recognising the need to minimise the risk to the predominantly elderly clients writing wills, the Law Society advised the following would lead to a properly executed will under the Wills Act 1837: 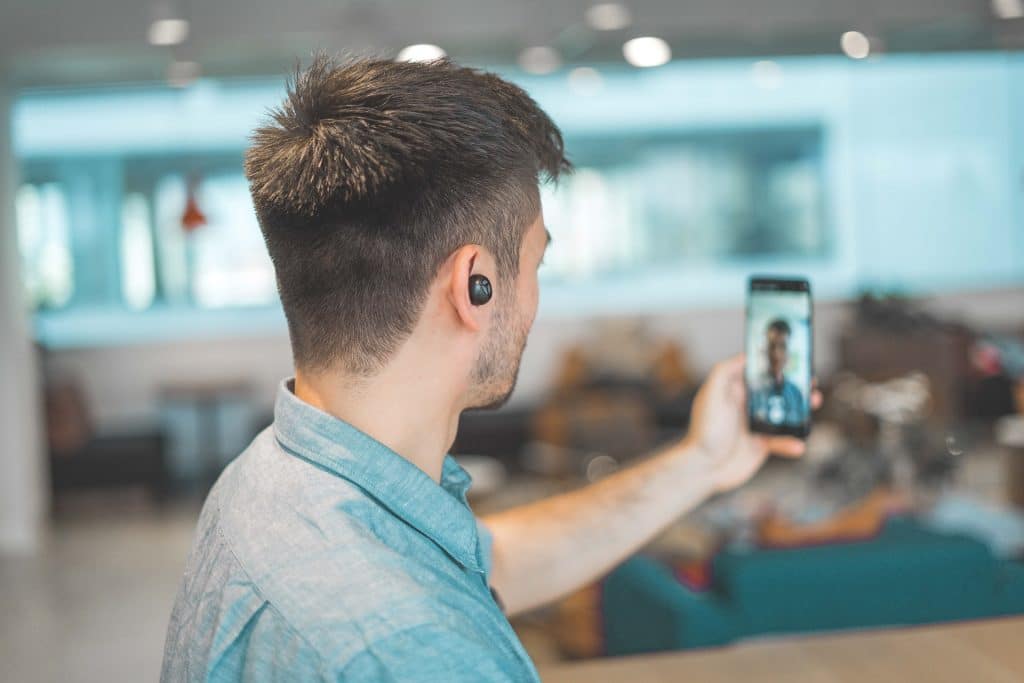 The amendment to the Wills Act 1837

With no end to social distancing in sight, and society having changed dramatically since 1837, the government recently took steps to temporarily relax section 9 of the Wills Act.

The Wills Act 1837 (Electronic Communications) (Amendment) (Coronavirus) Order 2020 came into force on 28 September 2020. The order modified the definition of “presence” in section 9 of the Wills Act 1837, adding the following:

“…in relation to wills made on or after 31 January 2020 and on or before 31 January 2022 “presence” includes presence by means of videoconference or other visual transmission.”

This means that when making a will or a codicil, the testator may execute it in front of two witnesses present via video conferencing software such as Microsoft Teams or Zoom. The same technology can be used by witnesses to attest the will in the testator’s presence.

The order is helpful in that it backdates to January 2020 and clearly outlines how video conferencing technologies can be used to solve some of the issues which Covid-19 has brought up. But, this amendment is only temporary. Witnessing a will by video conference will not be valid past 31 January 2022. This time limit can be shortened or extended if the government deems it necessary.

The last part of the new order states that presence includes ‘visual transmission’. This has already led to ambiguity and opened the amendment up to interpretation and questions about what this includes.

The government has released guidance clarifying that the legislation intends to limit the relaxation of the rules to include only Skype, Zoom, WhatsApp video call, FaceTime and other video calling services.

This is important because it prevents some of the more imaginative private client litigators from attempting to argue that a photograph or pre-recorded video could be “visual transmission” of a witness signing the will within the legislation. 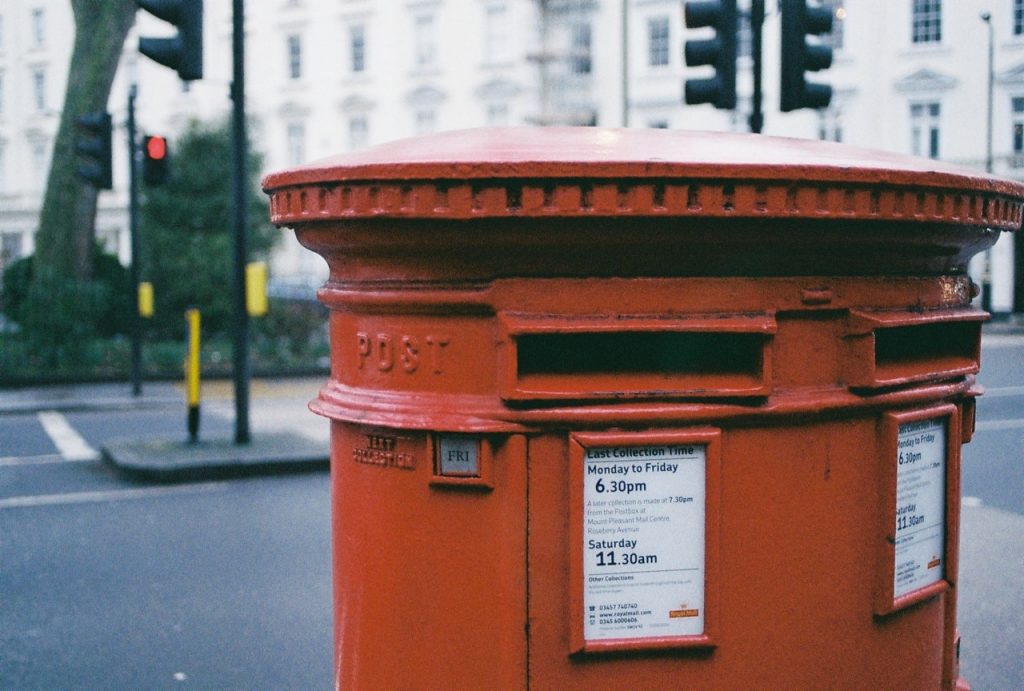 Risks following the amendment of the Wills Act 1837

Despite the legislation included within the Wills Act 1837, wills were commonly challenged for various reasons up until lockdown began. Common reasons include a testator’s lack of mental capacity when creating the will and undue influence.

In 2019, the number of will disputes rose from the following year, and in 2020 the figure is predicted to skyrocket. The reasoning for this is that the amendments to the Wills Act 1837 have opened up new avenues on which wills can be challenged.

For example, once a testator signs their will in the video presence of their witnesses, the will still needs to be sent to the witnesses for signature. Guidance states the will should be with the witness within 24 hours, but local lockdowns may prevent this. How closely should the document’s journey be recorded? And if, during the delay, the testator dies, what happens or loses mental capacity?

Alternatively, even if the will is successfully signed and witnessed via video call, who can say whether the testator was coerced into signing the will by someone behind the camera? Should they be expected to lock themselves in a room and offer the witnesses a 360 view of the room before signing?

And finally when should the will be dated? When the testator and witnesses have signed it, or when the solicitor receives it back days later?

Suffice to say, the amendments to the Wills Act 1837 will likely lead to some interesting legal challenges.

Do the amendments to the Wills Act 1837 affect grants of probate?

The purpose appears to be to prevent a will witnessed in accordance with, and thereby validated by, the order from unravelling existing probate based on an older will signed in the ‘traditional’ way.

The government does, however, appear to intend to allow an electronically witnessed will to override an intestacy, even where the grant of letters of administration has already been made.

However, the order’s authors seem to have forgotten about matters where there is a valid will but none of the executors appointed in that will is willing or able to act. In this situation, a grant of letters of administration with will annexed is issued. This means that the objective of allowing only the intestacy rules and not a will to be overridden is not necessarily achieved.

The guidance, the order and the Explanatory Memorandum are frustratingly inconsistent on this point. This will give rise to confusion, arguments about which document to follow, and ultimately disputes.

While the legislation within the Wills Act has been temporarily relaxed, execution of wills via video link should be considered a last resort where a testator and their witnesses cannot possibly achieve face-to-face contact. To minimise potential challenges to a will executed by video conference or similar, it would be sensible to record the testator and the witnesses signing the will.

However, there remains grounds for a challenge given the temporary break in the communications where the will is being physically transported from one location to the next.

Perhaps the order will be considered the best-measured response to the ongoing crisis in time, in particular as we move into the winter months and new restrictions could be on the horizon again for many more.

But, the order is potentially fraught with practical issues not considered by parliament. It fails to include or consider various potential situations in which personal representatives and solicitors may find themselves in the future and could end up generating more disputes than there would otherwise have been without the order.

It is hoped by many in the profession that the government has learned that a timelier response than this would have been preferred by all to minimise ambiguity in the law. It is hoped that difficulties faced by us all during the Covid-19 pandemic could lead to a larger reform on the making of wills, in particular, if the Law Commission can finish its ‘Making a Will’ project soon.

Why use our solicitors in Brighton to make a will?

As this article has highlighted, this amendment to the Wills Act 1837 is complicated. Never has it been more important to correctly document how a will has witnessed and failing to do so can cause disputes further down the line. Our firm has taken steps to ensure all the wills we write during this period follow strict protocol to minimise future risks.