Have You Been Breaking The Law? The Top 10 Ways People Break The Law Every Day 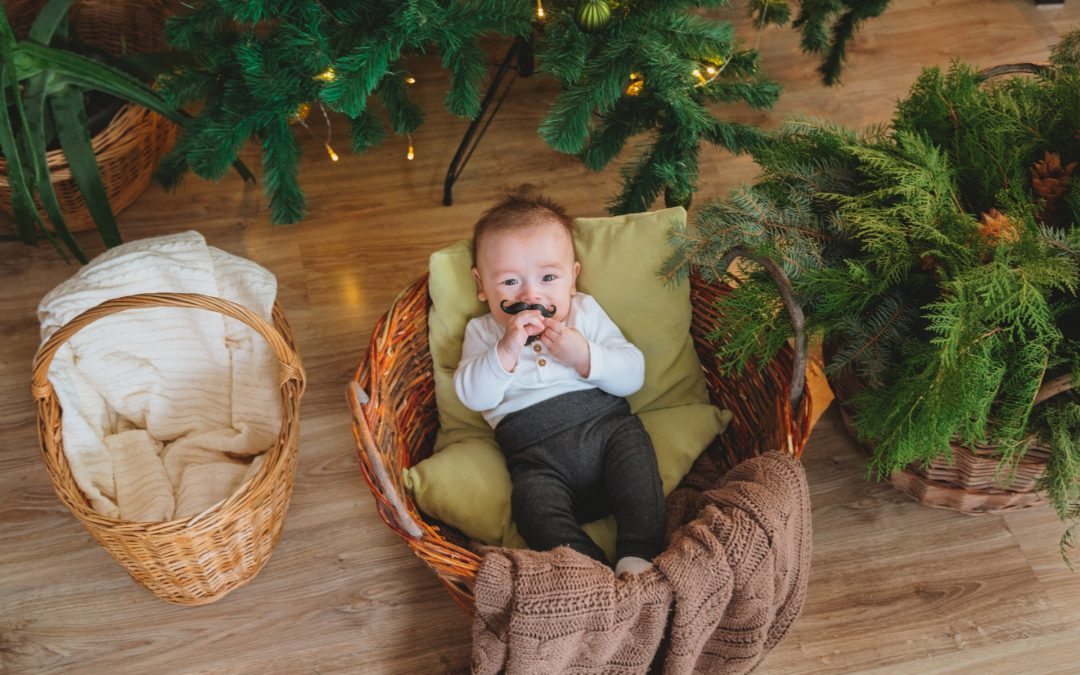 Ask yourself, could this innocent baby be breaking the law?

Breaking the law doesn’t necessarily mean you’re a 1960s Sex Pistol-listening anarchist punk. It might just mean that you’re a completely normal person. In fact, people break the laws of our green and pleasant land on a daily basis in much less fantastic ways than you would expect (or hope!).

But don’t be fooled, while the police may not prosecute you for breaking the law in any of the following ways, it doesn’t mean they won’t. Here’s our light-hearted start to 2021: 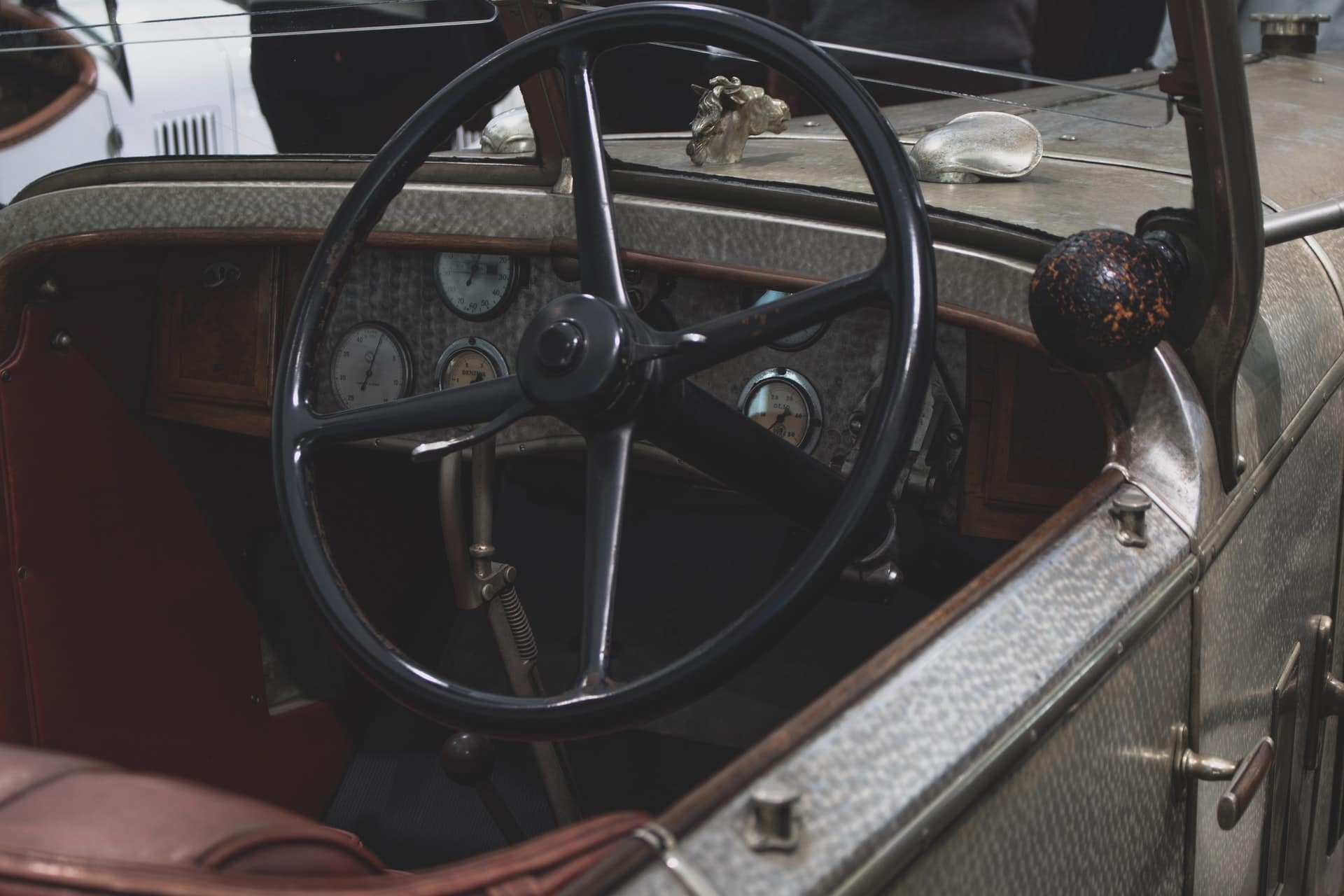 1. Breaking the law by… beeping your horn

Living in Asia for years taught me that a gentle tooting of your car’s horn is a kind nudge letting pedestrians know you’re there. And then I came back home to the silent streets of the UK where beeping is reserved only for the most heinous of Sunday drivers by aggressive balding golfers on their way to the driving range.

But it doesn’t actually matter whether you’re committing an act of benevolence or road rage, you’re actually breaking the law if you beep for anything other than to warn someone of danger.

You’re also not allowed to beep your horn on a 30mph road between 11:30 pm and 07:00 am, but strangely this doesn’t apply to any other sounds that vehicles can make (cue: obnoxiously loud reversing sounds from lorries). 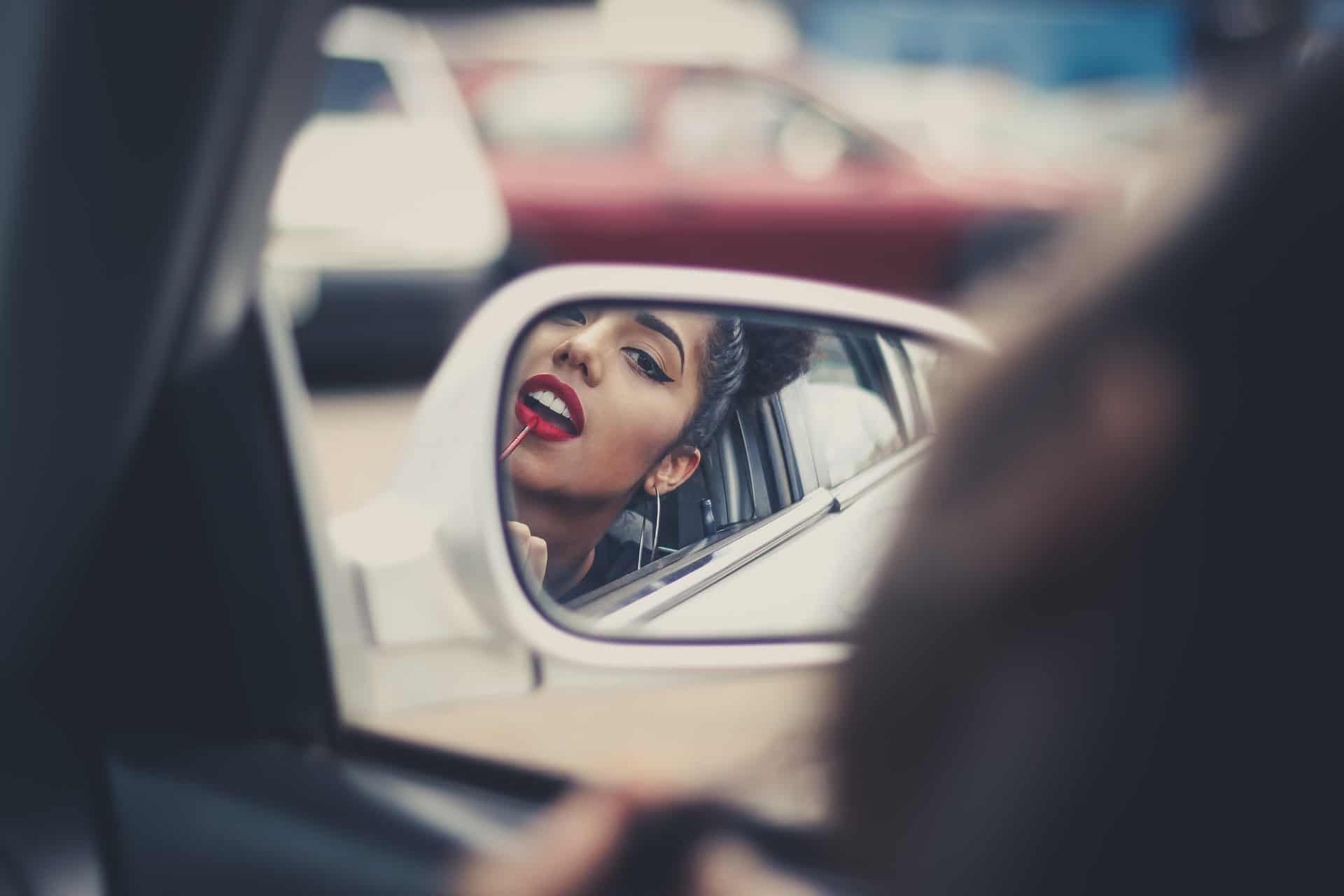 Impressed by how well she did her makeup in a moving vehicle? So are we!

2. Breaking the law by… making yourself beautiful – while driving

This one is mostly for the ladies and the odd gentleman or two, but aside from risking poking your eyes with a mascara brush, you’re actually breaking the law by applying makeup while at the wheel.

While the penalties for beautifying yourself on the morning commute aren’t quite as heavy as being caught on your phone, you do risk being prosecuted for driving without due care and attention.

And while you might be the best multi-tasker between here and Tesco Express, the potential 3 to 9 points on your licence and a hefty fine might be cause to think twice. 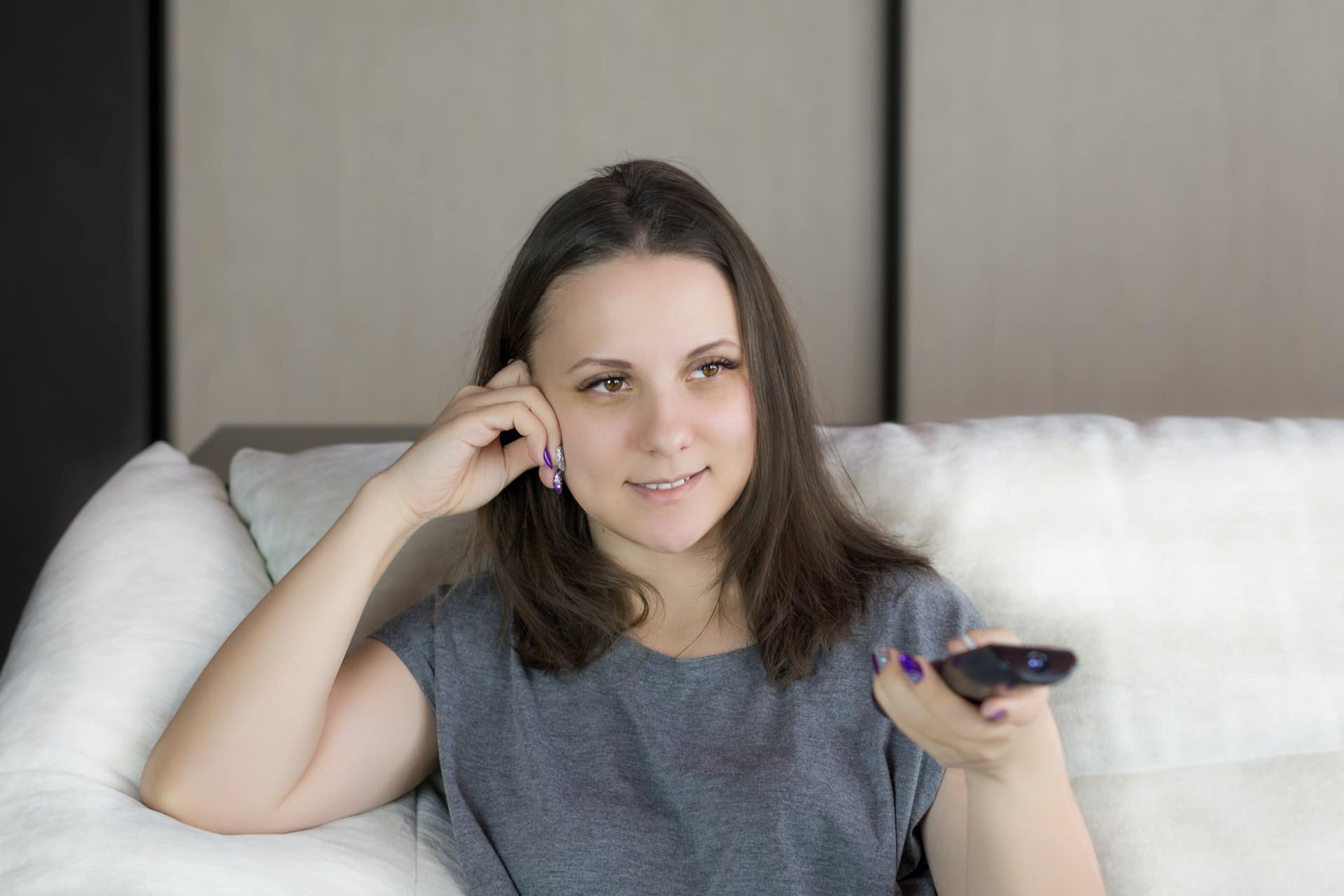 What’s she watching? Who knows, but we’re hoping she’s being lawful while doing so.

3. Breaking the law by… watching TV

Ok, so specifically you would be breaking the law by watching live or recorded TV and not owning a TV licence. But what exactly is the law these days anyway?

Back in my day, everyone was terrified of the mysterious TV licensing men who would apparently sit in a van just down the road with a super special radar system that would magically detect the second you turned on your tv. Then, they’d barge into your living room just in time to ruin Eastenders and arrest you, leaving your Super Noodles to burn on the hob.

Or the old ‘you don’t need a TV Licence if you’re watching BBC iPlayer and unplug your laptop from the mains’.

While I was never quite sure if any of that was true (dutiful law-abiding citizen here – or perhaps just a bit slow), what is true is that you need a TV licence to watch broadcasts. And yes, that includes the Strictly final that you caught up on on iPlayer.

Interestingly, you don’t need a licence if you’re only watching Netflix or any of the other catch-up services like ITV Hub. It’s just BBC services. 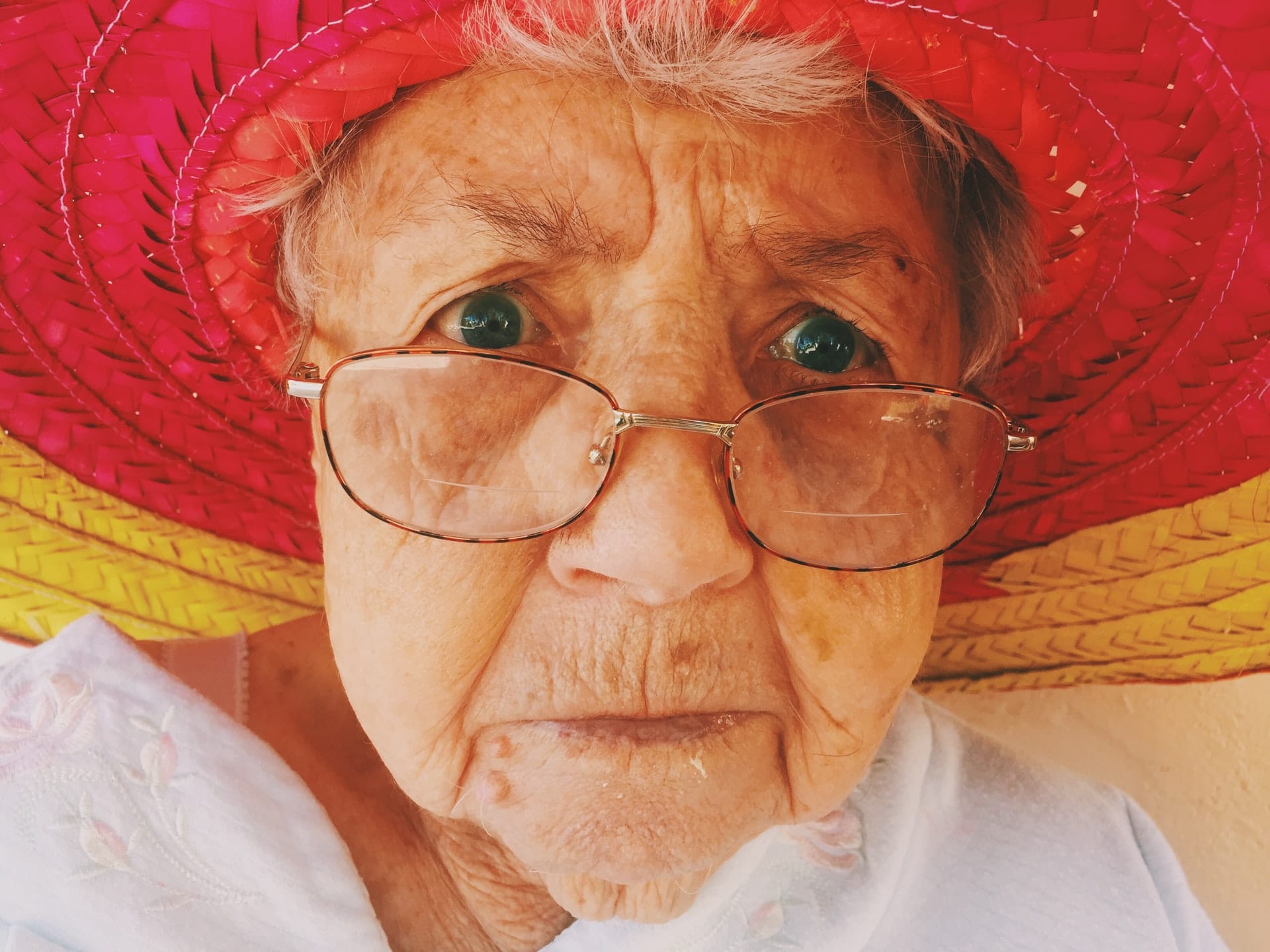 She should have just donated to Oxfam.

4. Breaking the law by… funding a Nigerian Prince

That’s right, your nan may have unwittingly broken the law when she sent £200 to Crown Prince Babatunde from Lagos. But understandably, he only needed that £200 to engage a barrister to win his £9.8 million pound case – a wise investment, no?!

As to whether your nan would be prosecuted, that’s an entirely different matter. It all boils down to whether or not you knew what the money was going to be used for.

With cybercrime rising around the globe, it’s not completely out of the question that by making transfers abroad, you might be financing cybercrimes targeting the UK, which is bad news for everyone.

Just because Adam and Eve did it in the garden doesn’t mean you can too.

5. Breaking the law by… having sex

Perhaps a little misleading. No, bonking isn’t against the law, at least not unless it’s outside and even then, not unless someone sees you.

That’s right, if a couple enjoys themselves in a wood and there’s no one around to hear them, it’s totally legal. So what happens if someone does happen to spot you in your seclusion?

According to the Sexual Offences Act 2003, if you’re seen having sex outside, you can be reported to the police for ‘outraging public decency’ or for indecent exposure. But let’s be honest, unless you’re at it on the slide at the rec on a Saturday afternoon, the police probably have better things to do. 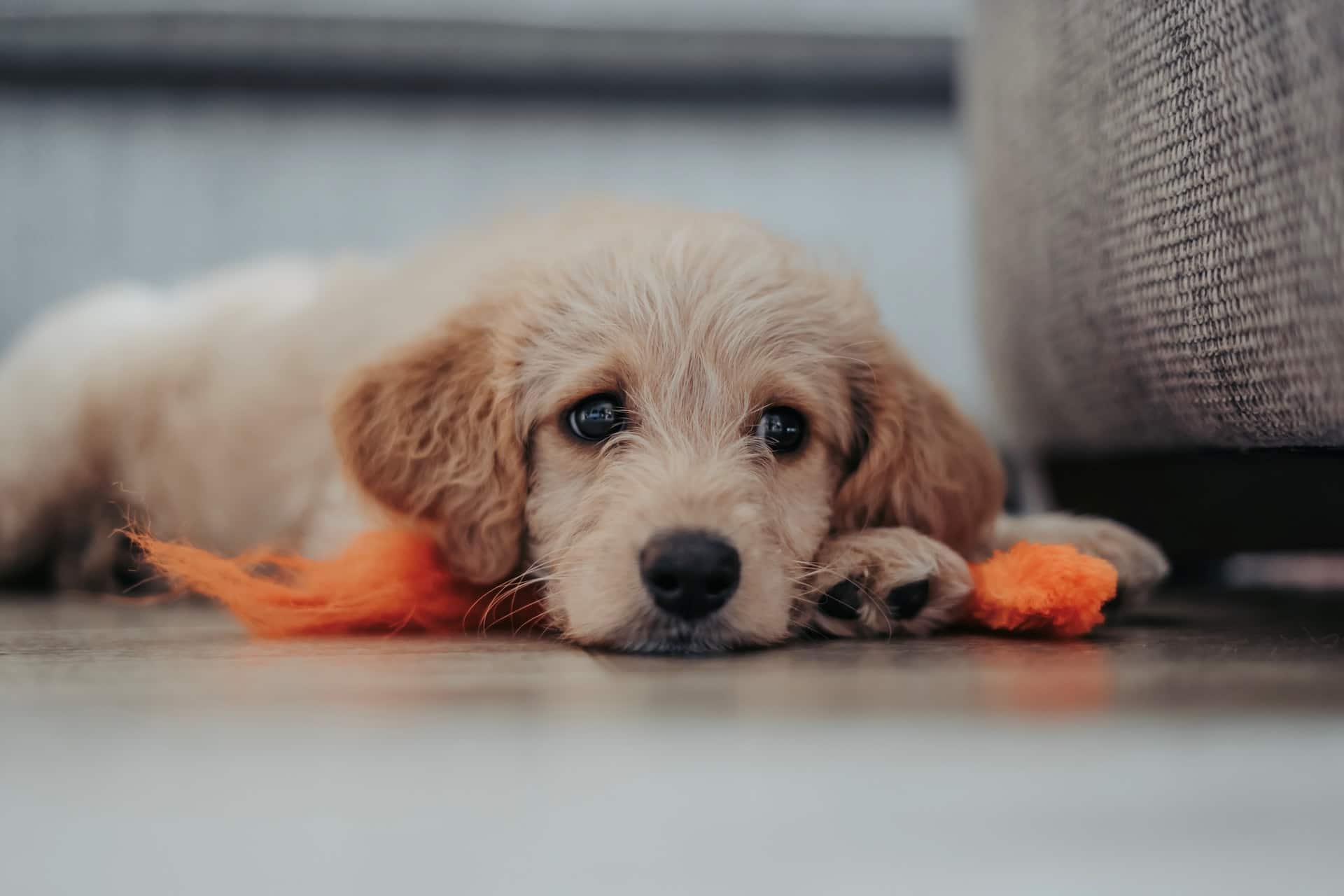 Don’t blame the dog, its poo isn’t going to pick itself up.

6. Breaking the law by… not cleaning up your dog’s poo

A pet peeve of mine (couldn’t resist!) especially when walking to work along Brighton seafront. Pedestrians everywhere will be pleased to know that not cleaning up a dog’s poo can be a criminal offence. But sadly, it’s rarely enforced.

I say can be because it’s only considered breaking the law if a local authority introduces a public spaces protection order for that particular area. If they do, unruly dog walkers face an £80 on the spot penalty if they fail to clean up their pooch’s poop. 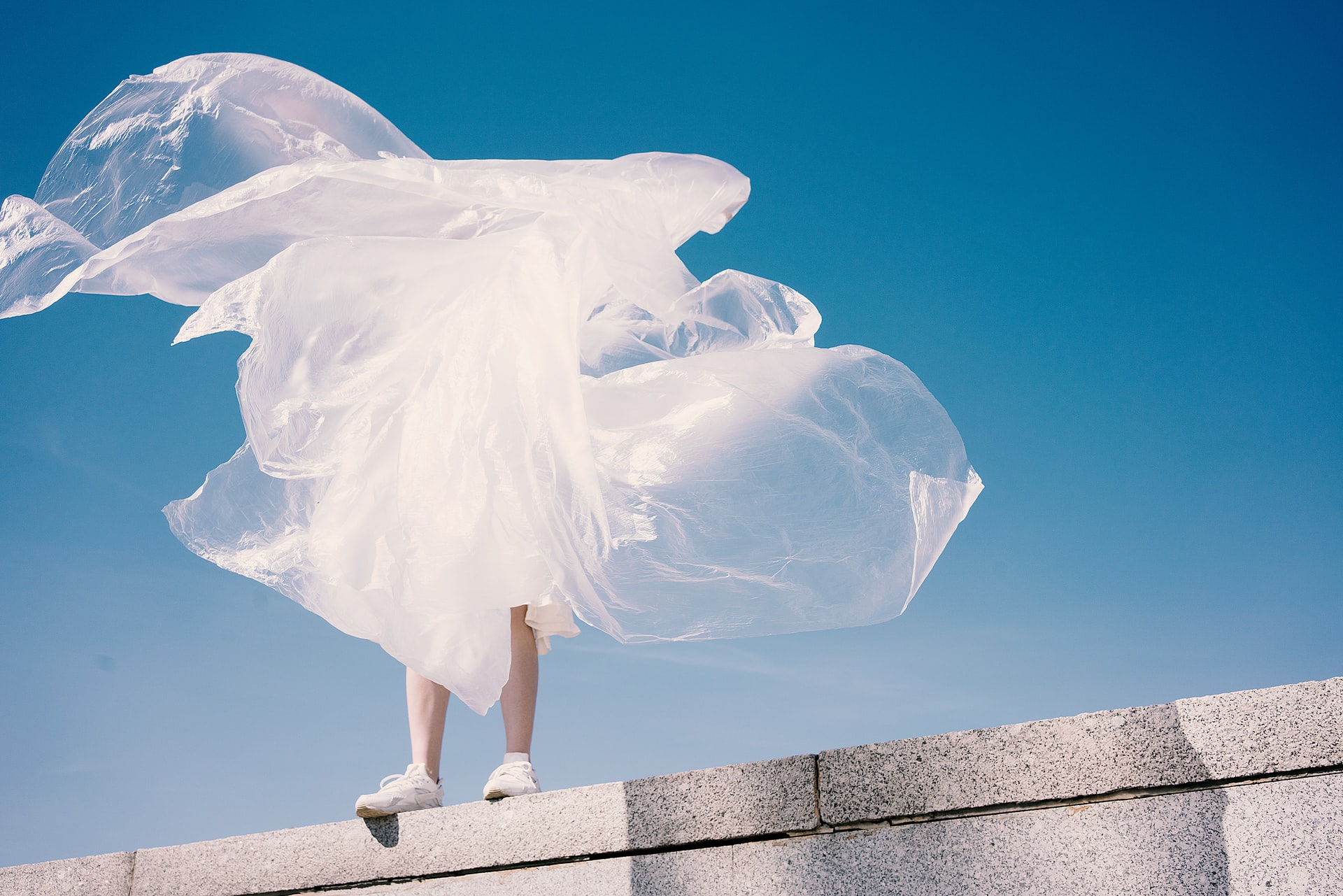 You won’t forget your plastic bag next time if you just wear it to the supermarket.

7. Breaking the law by… not paying for a carrier bag

The introduction of the 5p plastic bag fee has led to thousands of us becoming petty thieves on a habitual basis.

Imagine the scene: you get to the supermarket smug in the knowledge that you can avoid paying 5p because you brought your own bag from home. You get your trolley. Get your self-scanning gun thingy. Start walking through. Pick up the milk, scan it and go to put it in your bag when… where’s the bag?!

That’s right, you left it on the side and now you’ll have to deal with the disappointed stares from your partner. So, instead, you go to get one, but in your moment of shame you forget to scan it.

In the best case scenario, you get away with it. But what happens if you’re caught? If the store is feeling particularly kind, they might simply ban you from coming back. Or you could be arrested and fined up to £200, all for that 5p bag. 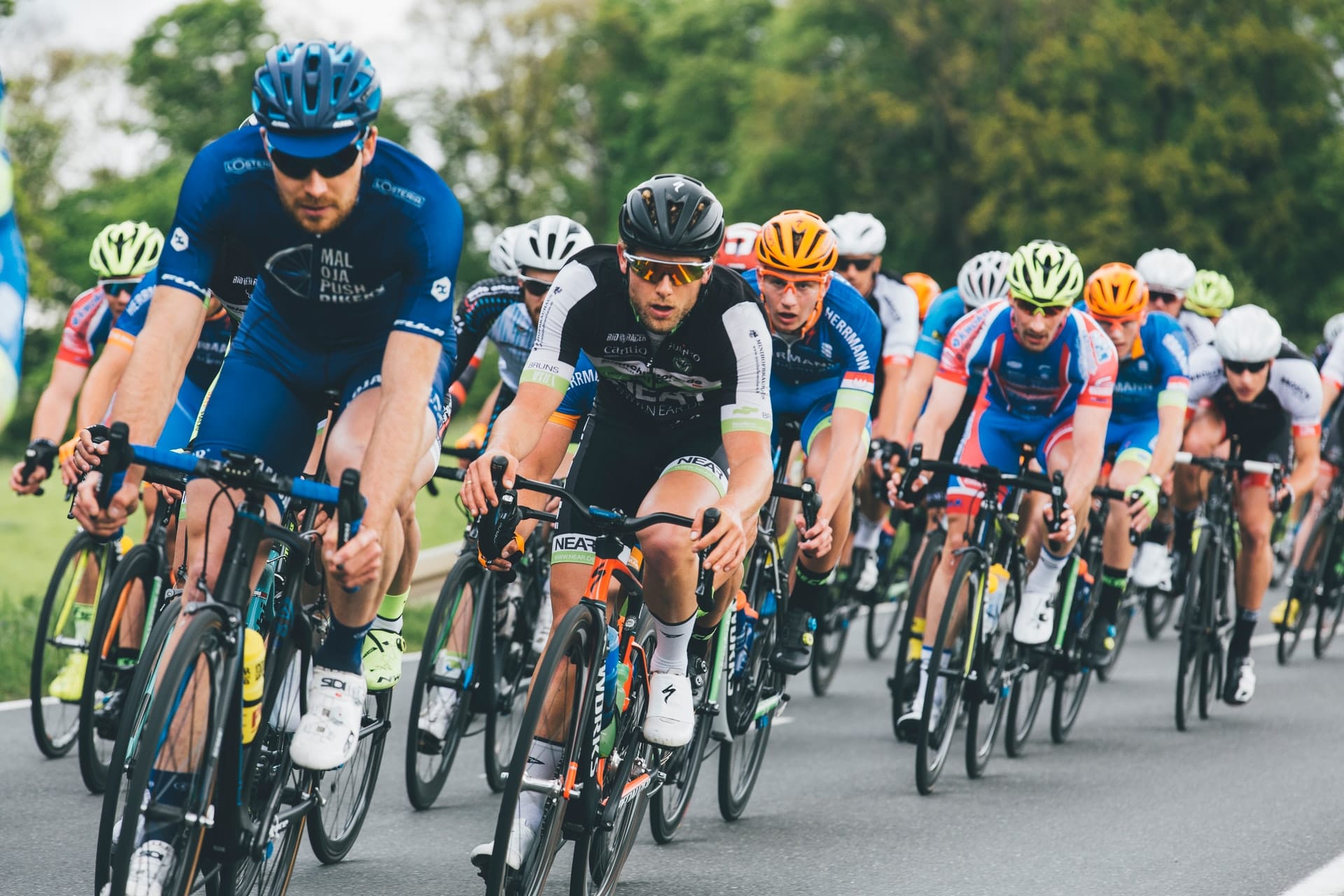 8. Breaking the law by… cycling on a pavement

Love them or hate them, cyclists are here to stay and numbers are only burgeoning throughout lockdown. And if you’ve ever almost been mown down by a Deliveroo rider when coming out of a shop, you’ll be glad to know that they too (like the rest of us at this point) are criminals.

Whether or not riding on the pavement is considered a crime actually comes down to the police’s discretion. For example, if the road is particularly narrow or dangerous, police are actually advised to give consideration to the fact that cyclists might feel it’s too dangerous to ride on the road.

In short, it’s breaking the law but only if the police decide to arrest you. 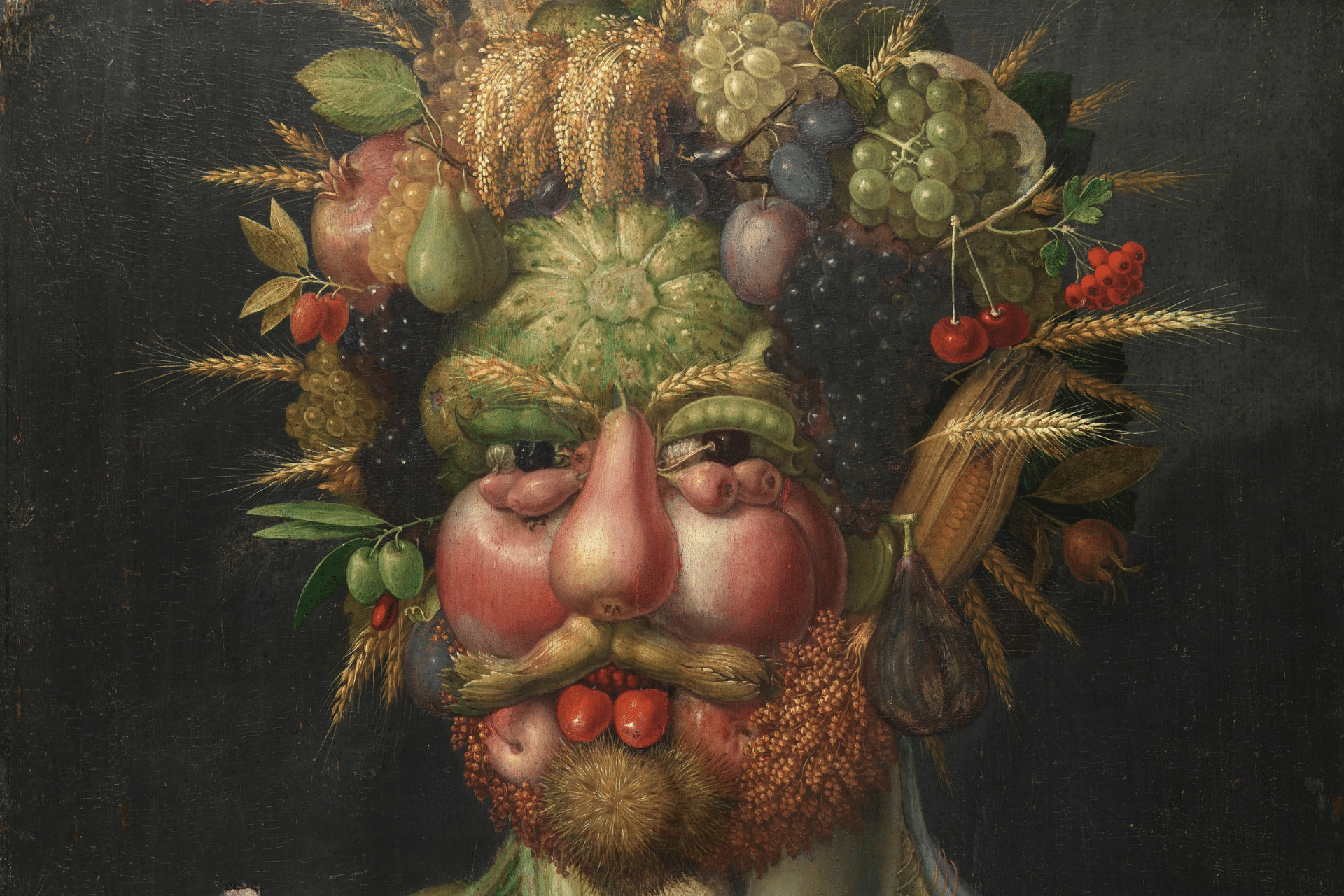 Just cleverly arrange any fruit and veg you’ve got into a clever disguise and no one will be any the wiser.

9. Breaking the law by… bringing fruit and veg home from holiday

If you’ve ever watched that Australian border force show, you might be under the impression anything you bring back will be seized by a disgruntled border officer. But UK customs restrictions are actually quite lax in comparison to a lot of other countries.

However, one thing that you can’t really bring back though is fruit or veg from abroad. That is unless it’s accompanied by the appropriate ‘phytosanitary certificate’, which, let’s be honest, no one is going to have.

What are the penalties you ask? Well, for fruit and veg the worst that will happen is your precious produce will be burnt to cinders and disposed of. Best eat it all before you step off the plane. 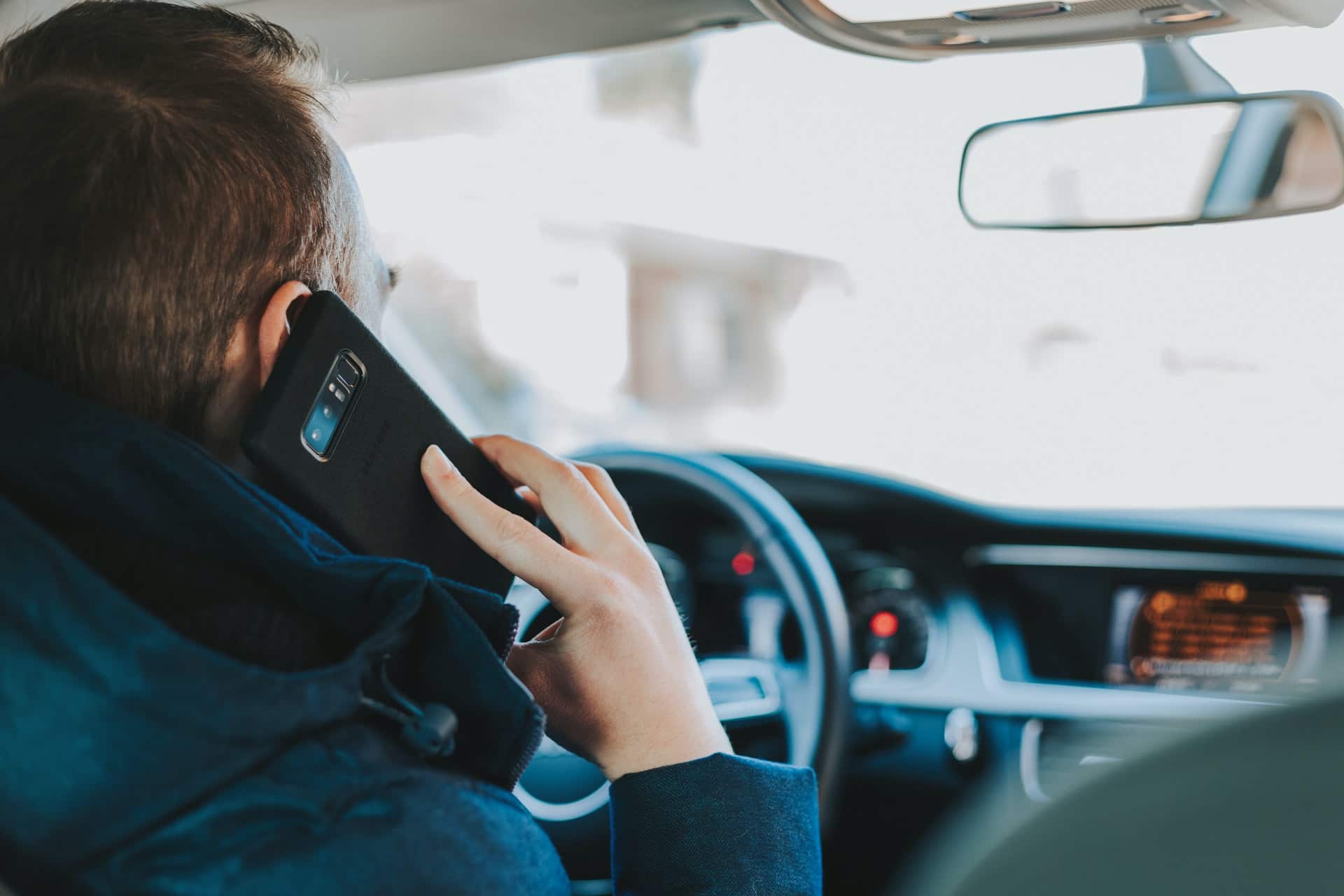 He’s got a satnav yet he still chooses to hold the phone to his head. Some criminals deserve to be caught more than others.

10. Breaking the law by… using your phone while driving

Yes, the thing that comes as absolutely no surprise to anyone, using your mobile phone whilst driving is indeed a criminal offence and if ever you’re caught on your personal electronic device at the wheel, that’s exactly how you’ll be made to feel.

And don’t forget that the law recently changed in 2017, meaning if you are caught, you’ll automatically have 6 points to add to your collection rather than 3.

So what constitutes using your phone? Well, simply touching your phone while driving counts. It doesn’t matter if you’re at a red light or stuck in traffic, you’re still breaking the law. Thankfully though if you’re parked with the engine off, you’re good to make as many calls or take as many Insta-selfies as you want.

So there you have it, those are 10 ways of breaking the law that we’re all probably guilty of. If you’ve got an appetite for more, head over to our blog on 10 weird UK laws people break every day.